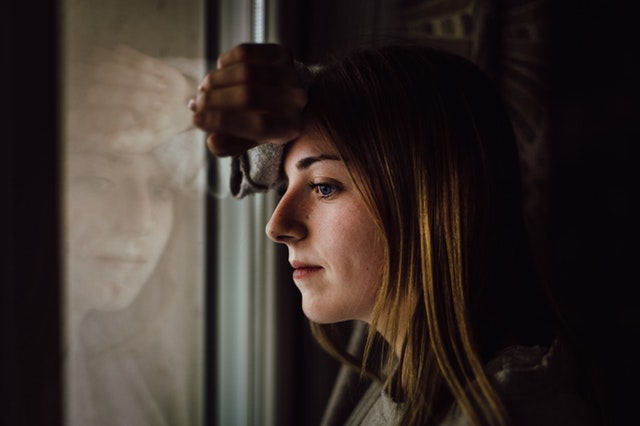 Sometimes, the stories we tell ourselves about events in our lives can actually cause us more discomfort and pain than the events themselves. In just the last week, I’ve seen two examples of this in my practice.

An uncomfortable situation with a coworker

One of my clients has a coworker that she has to collaborate with often. Whenever she goes to talk to him, he doesn’t bother to take his earphones out — he just leaves them in as they’re having a conversation. This has really been getting under her skin, to the point where she doesn’t even want to go and talk to him anymore (which has a negative impact on her work). She asked me to help her understand why this was bothering her so much, so I asked her “What is the story you’re telling yourself about why he’s keeping his headphones in?” She realized that she took his behavior to mean that he doesn’t value her or her time, that he doesn’t like to work with her, or that he didn’t think that what she had to say was that important.

It makes sense that if this is the story she’s telling herself about the situation, that his behavior would really bother her. It would be hard not to let that get under your skin! But the truth is, the only fact she has is that he’s not taking out his headphones. The rest is just a story.

I encouraged her to redact the story, stick to the facts, and approach the work with him from that point of view. Fact: He doesn’t take his headphones out and we don’t know why. This situation is  a nuisance, but not a threat. 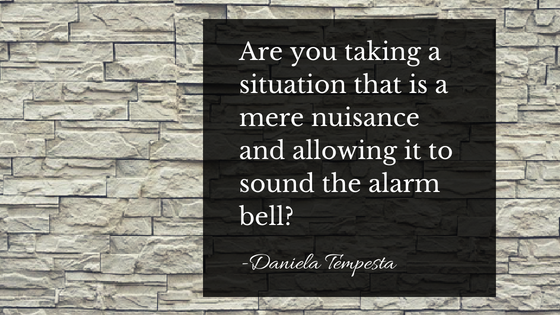 A stack of unpaid bills

Another client has a stack of unpaid bills sitting on her desk. She has the means to pay the bills, but she’s been avoiding. Whenever she thinks about sitting down to pay them, she gets overwhelmed with anxiety and just can’t do it.

I asked her, “What is the story you’re telling yourself about these bills and why you haven’t paid them?” She realized that when she thinks about paying the bills, she focuses on the fact that she hasn’t paid them yet and this makes her feel incompetent. She starts thinking to herself, “What’s wrong with me? I’m not a real adult! I’m never going to be able to have children and raise a family if I can’t get myself together!”

This illustrates how easy it is to go down the rabbit hole. It starts with a stack on unpaid bills and before we know it we’re was telling ourselves we can’t get married and have a family! Look how quickly a fairly benign situation becomes really scary and painful, all because of the stories we tell ourselves.

Again, I encouraged her to stick to the facts. Fact: She hasn’t paid the bills yet. That’s a nuisance, but it’s not the threat she had made it out to be.

Stick to the facts

I encourage you to take a look at the stories you are telling yourself. Are you taking a situation that is a mere nuisance and allowing it to sound the alarm bell? Bring it back to the facts. Make a list of the facts involved with the painful situation and don’t assign any meaning to them. When you redact the story, what’s left?  I’d love to hear from you about how you put this simple practice to use.

Stop Overreacting by Asking This Question

Sometimes I think we all have a tendency to overreact to the things we encounter in life. We experience suffering, not necessarily from what happens to us, but from our

The Grand Delusion of Certainty

My therapist recently gave me a questionnaire to assess the degree to which I was intolerant of uncertainty in my life. When I first looked at it I chuckled a

How To Help Someone Who Is Grieving

Consoling a grieving friend can feel a bit like trying to find your way around an unfamiliar city without a map. Despite the fact that death is something we must