Avoiding Avoidance: How to Find Productive Ways to Navigate Discomfort 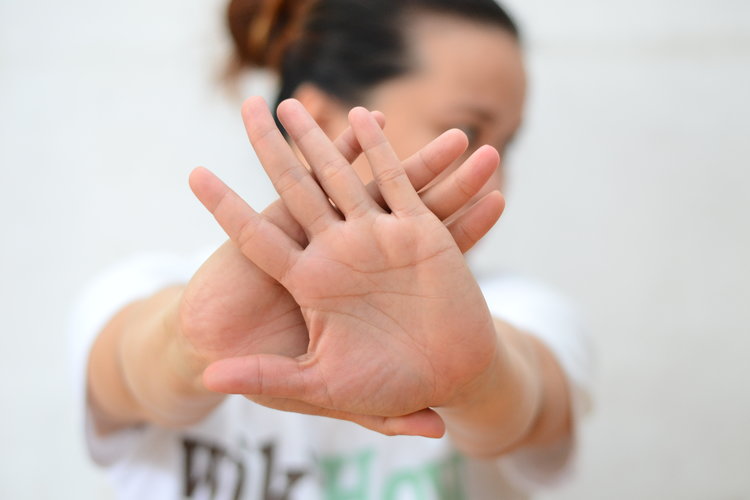 Have you ever avoided a conversation or situation out of fear that it might be too uncomfortable? Trust me, you’re not alone. Avoiding that “icky” feeling that you might experience when asking for help or telling someone “no” is so human. Avoidance is something we perceive as a safety behavior so it makes perfect sense why we would do it.

But here’s the problem: avoidance can also serve to get us into a lot of trouble. Often we end up creating the very thing we’re trying to avoid. The tool we used to try to keep us safe actually does the opposite and this can get us stuck in an endless loop of anxiety and avoidance.

To help you navigate your discomfort, and find more productive ways of handling it, I’d like to share some recent examples that I’ve seen with clients in my practice. 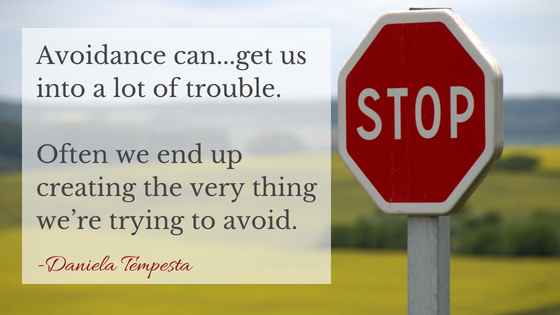 The fear of looking incompetent or dumb at work

The fear of looking incompetent or dumb at work is very common, and something that I see often in my practice. Recently, one of my clients was working on a project at work when she had some questions come up about the details of the project. She could have simply asked for help from her colleagues, but she was fearful that she would come across as not knowing what she was doing. To avoid risking that discomfort, she chose not to ask for help.

Unfortunately, because she didn’t have the information she needed, things began to fall through the cracks. She started making mistakes and was unable to finish the project on time. Now, she was facing the very real possibility that she would look look incapable of doing the job. This would not have been the case if she had simply asked for help when she first needed it.

You can see that by avoiding discomfort, she created the very problem that she was trying to prevent. It can be so easy to fall into this trap, so I encourage you to address your discomfort the moment that it appears. That way, you won’t end up with larger problems down the line.

The fear of disappointing yourself or others

The fear of disappointing oneself or others can be very powerful and very damaging and often leads to avoidance.  I had a client whose friend asked him to volunteer for a local charity event. My client knew that he just didn’t have the time to commit to the event, but he was terrified of disappointing his friend. It was just too uncomfortable! To avoid that discomfort, he ended up saying yes to his friend when he should have said no.

Then, at the last minute, because he really didn’t have the time, my client gave his friend a flimsy excuse as to why he couldn’t help out at the event. Now his friend was actually disappointed, because he had an expectation. He was counting on my client to be there, and felt really let down by his last minute cancellation. You can see that by attempting to avoid the discomfort of disappointing his friend, my client ended up guaranteeing that he’d be disappointing him.

Evaluating avoidance in your life

Do either of those stories sound familiar to you? Don’t be discouraged! You can start taking steps now to implement real changes in the way that you’ve been handling discomfort.

Here are 3 steps to you can take to avoid unproductive avoidance:

I’m excited to hear from you about how you’ve used these steps! Please send me a message or write a comment to let me know how you’ve implemented them at your job or in your relationship. 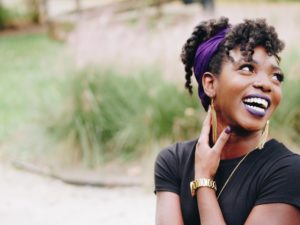 Have you ever noticed that you tend to engage in the same patterns over and over again? We all have a tendency to default to particular patterns of thinking or 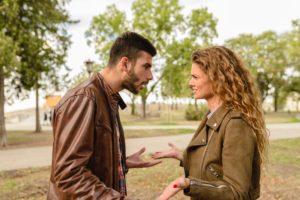 One of my clients recently told her boyfriend that she wanted to make an effort to spend more time with her friends. He became very angry. Why? Because what he 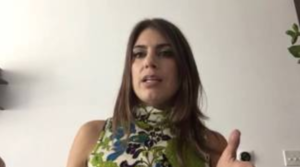 The words we use have a big impact on how we think, feel, and how we behave. In this video you’ll learn how the word “should” is keeping you stuck and